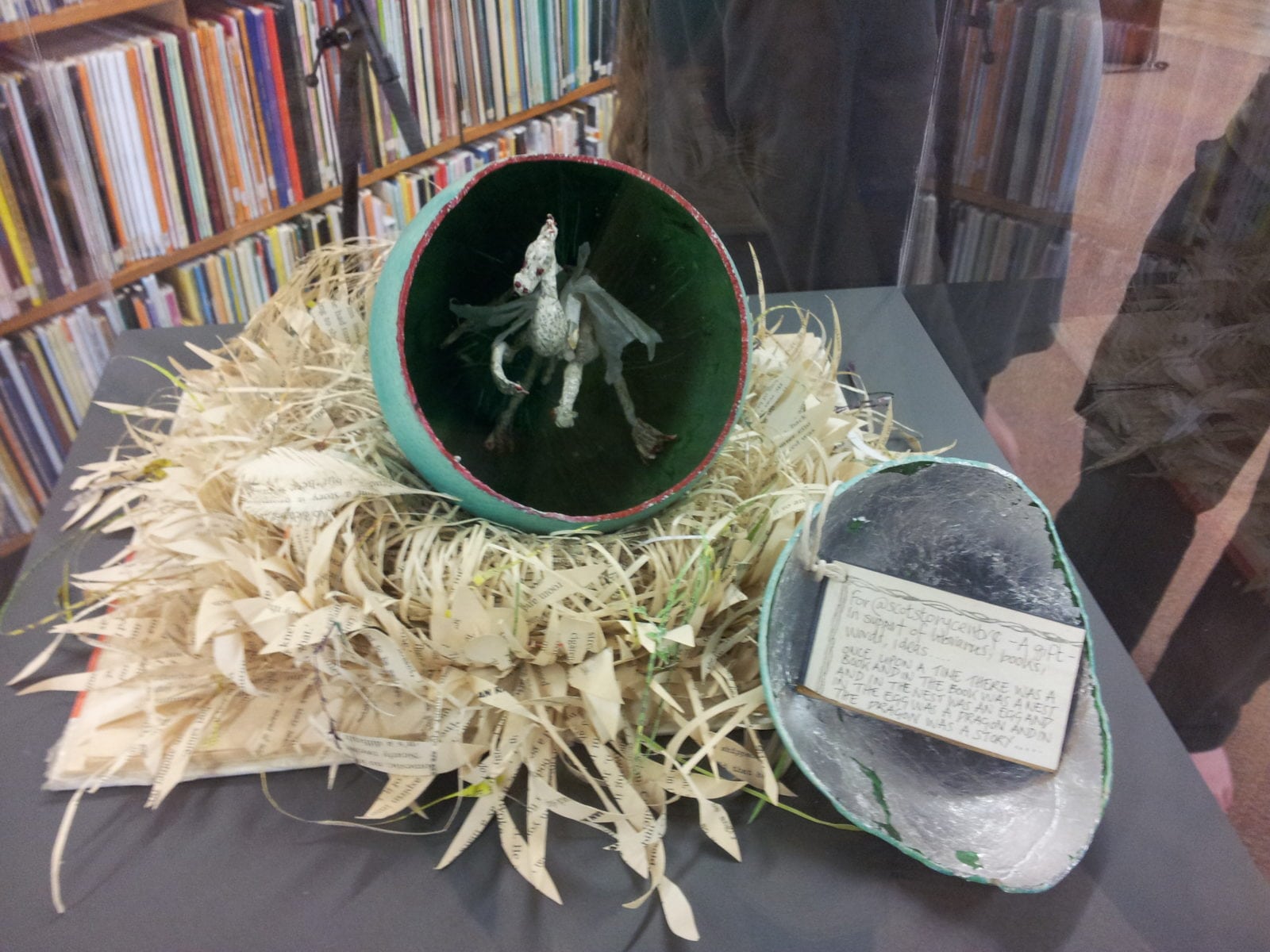 The mystery started in March last year when staff at the Poetry Library in Edinburgh discovered an intricately crafted paper sculpture of a tree sitting on a book left in the library with a cryptic note from the mystery artist.Two more followed in June – A copy of Ian Rankin’s ‘Exit Music’ crafted into a gramophone and coffin was left in the National Library of Scotland, whilst the Filmhouse received a sculpture of a cinema screen with figures bursting forth.In July, a dragon sitting inside an egg was found on a window ledge in the Scottish Storytelling Centre, whilst two more were found in August, which proved to be the most prolific month. The Edinburgh International Festival received two – a cup of tea complete with teacake and a figure emerging from a book.The Central Lending Library received the third of the month – a magnifying glass on a book.After a two-month gap, November saw the staff at the Poetry Library discover what the message tag claimed to be the last of the ten – two separate sculptures of a hat and gloves made of feathers. The mystery deepened, however, since only eight had been found to date.Later in the month two museums announced that they too had discovered miniature sculptures – The National Museum of Scotland and The Writer’s Museum, making up the ten.Ian Rankin is claimed to be the only writer who knows the identity of the mysterious artist…

The miniature marvels are currently on tour in an exhibition called ‘Gifted: The Edinburgh Book Sculptures‘ Check it out…